CHRISTINE AND THE QUEENS CONCERT IN OSLO 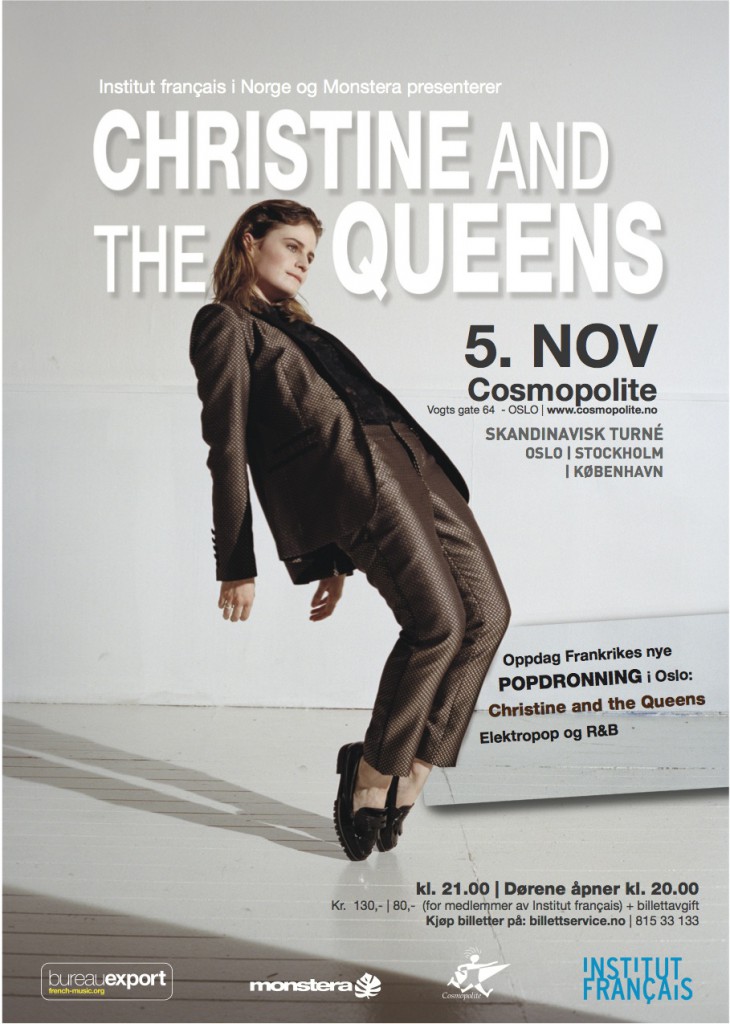 When the little Héloïse Letissier was dressing up in costumes, dancing and singing in her childhood bedroom near Nantes, she was dreaming of those Broadway’s musicals, very theatrical and bombastic… And 20 years later, she does everything from singing to dancing, filming, photographing and has reached the tops of the french charts with her 1st album, “Chaleur Humaine”. With her real-fake band, where she’s actually alone and hiding behind the biblical name of Christine, she’ll sing and dance for the first time in Oslo. French magazine “Les Inrockuptibles” describes her as “The unlikely intersection between a french classic, Michael Jackson and Beyoncé”.  -Contest finished-

Article written by Emma
Picture courtesy of “Because Music”

This entry was posted in Music from France, Music from Norway and tagged Christine and the Queens, Concert, Cosmpolite, Oslo, show. Bookmark the permalink.